Disgusting. Ugly. Filthy. Creepy. These are usually the words used to describe cockroaches. And yes, these may be true. But you know what else? Cockroaches are unique insects, and as much as you may hate to admit it, amazing creatures. How amazing? Read on (if you have the guts, that is).

1. Cockroaches are older than dinosaurs.

If ever you’re having trouble with cockroaches, be comforted by the fact that you’re not the only one. The very first humans probably had the same problem and they didn’t even have bug spray! Indeed, cockroaches have been around longer than we humans. Recent studies show that they have even been around longer than dinosaurs, as early as 359 million years ago! How did cockroaches manage to survive when so many animals have gone extinct since that time?

2. There are more than 4,000 species of cockroaches all over the world.

There are approximately 4,600 species of cockroaches and they can be found all over the world, in every continent except Antarctica. Before you panic, though, only about 30 of these species can become pests. Most of them live in forests, whether under the ground, crawling across the forest floor or in trees, while others live in caves, fields, swamps and grasslands. One species of cockroach can even live in the desert, absorbing water vapor using its mouth structures in the absence of water.

3. Some cockroaches can grow over 3 inches long.

According to the Guinness Book of World Records, the longest cockroach is theMegaloblatta longipennis found in Central and South America, which can grow up to 3.8 inches long and have an 8-inch wingspan. The Central American giant cave cockroach can reach the same lengths but has a shorter wingspan, around 5 to 6 inches. The heaviest cockroach is the giant burrowing cockroach from Australia which can weigh over an ounce – as heavy as a CD. It is also the longest-lived cockroach, able to live for up to ten years.

4. Cockroaches can eat just about anything. 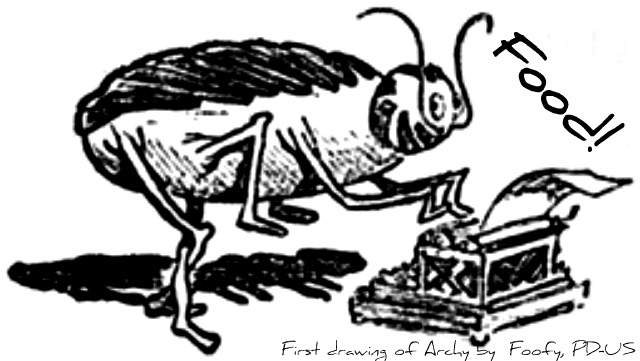 And we mean any organic matter. Apart from eating any human food, cockroaches can eat dead insects, paper, cloth, soap, wood, glue, hair and poop. Yup, just about anything. This means cockroaches won’t ever run out of food, though they do prefer to eat sweets, starchy foods and meat. And guess what? Cockroaches can live for weeks without food! This has something to do with the fact that they are cold-blooded, like crocodiles and snakes, which means they can keep their metabolism rate low. Cockroaches cannot live long without water, though – just two weeks at most – and in fact, most dead cockroaches you see probably died of thirst (unless pesticide got them first).

5. Cockroaches can hold their breath for up to 40 minutes! 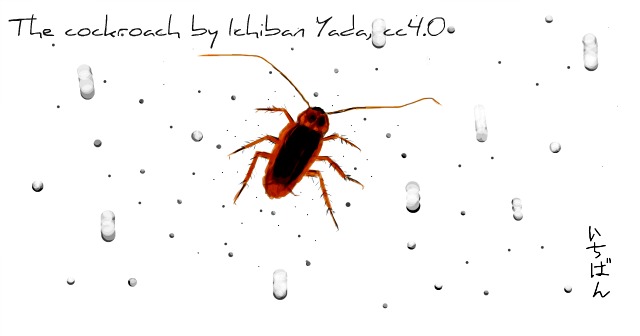 Alright, so starving a cockroach is out of the question. But what about flushing it down the toilet? Will this kill a cockroach? Unfortunately, this isn’t sure. Why? Because cockroaches are experts at holding their breath. Like other insects, cockroaches take in air through the holes in their bodies called spiracles. Sometimes, however, cockroaches shut down these holes, both to prevent the absorption of too much oxygen and to prevent water loss, since water vapor also comes out of the holes. When immersed in water, cockroaches can keep their spiracles shut for up to forty minutes and that could give them a lot of time to crawl to safety.

6. A cockroach can live for a week without its head!

Now, this is where things get creepy. Cockroaches can survive even when they are headless, for about a week. This is not because they don’t have brains. They do. But their brains do not control all of their functions. Rather, the organs that control the vital functions can be found in the thorax or the middle part of the cockroach. Therefore, a cockroach can lose its head and still survive. It won’t be able to drink, though, so it eventually dies of thirst.

7. Cockroaches can survive a nuclear explosion.

Want something even creepier? Studies have shown that cockroaches can tolerate high radiation levels, far beyond the levels that we humans can live with. In fact, cockroaches were found in Hiroshima and Nagasaki, where the US dropped atomic bombs, and in Chernobyl, where the worst nuclear accident happened. (Not to mention a cockroach was Wall-E’s only companion in post-nuclear Earth). How did the cockroaches survive? It is not yet clear but scientists believe it has something to do with the fact that cockroaches have slower cell cycles, molting only once a week at most. 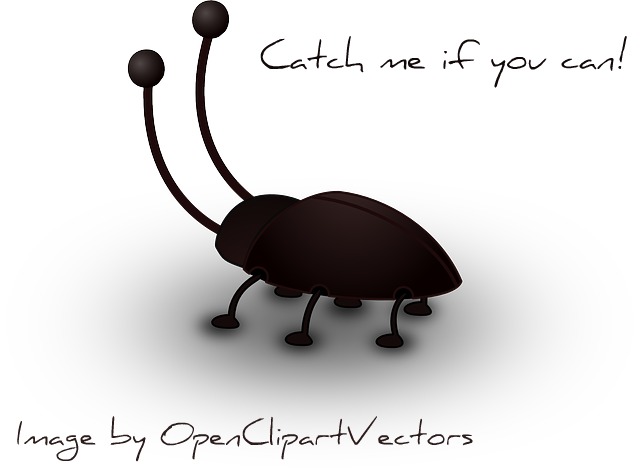 Anyone who’s ever tried to chase a cockroach knows this for a fact – cockroaches are racers. They can go up to 3 miles per hour, which is fast considering how tiny they are. Their hind legs are especially built for speed, and can move 27 times per second when it is running fast. Cockroaches can also move up walls by running faster than they do on flat surfaces and the spines on their legs help them adhere to slippery surfaces.

You usually see cockroaches one at a time but beware. Cockroaches prefer to live in groups, though not structured groups like termites. When cockroaches poop, they leave behind chemicals that let other cockroaches know they were there. Cockroaches tend to go where others are and when they are in groups, they tend to explore the area they live in more, searching for food. When they find a particularly large source of food, they send a signal to the others and they all gather for a feast, so don’t be surprised when you see a swarm of cockroaches on the dinner table (though hopefully not).

10. Some female cockroaches need only to mate once.

Cockroaches do not have to mate every breeding season. The females can store the sperm, using it for the next few seasons and only when food is plentiful. In cockroach species with short lifespans, the females can even store enough sperm to last them a lifetime. Some female cockroaches are even capable of reproducing in severe conditions when there is no male to be found!

Some female cockroaches need only to mate once. Most cockroaches lay dozens of eggs which are stored in a case called an ootheca. These cases can be deposited somewhere or the females can carry them on their backs until the eggs hatch. Others give birth to live young.

11. German cockroaches can go from egg to adult in about 120 days!

Cockroaches have different lifespans and so mature at different rates. Most, however, take a year to become adults. But not the German cockroach. A German cockroach can become a breeding adult in roughly 123 days. That would explain the ever growing population.

12. Some cockroaches are kept as pets.

To many, cockroaches are hated pests. To some, though, they are beloved pets. The Madagascar hissing cockroach and the true death’s head cockroach, for example, are popular pets since they are odorless and require minimal care. As mentioned before, cockroaches are not picky eaters and they do not get sick easily. They only need a terrarium with a lot of hiding places.

In China, cockroaches are deep fried and sold on sticks on the streets. There are also many indigenous tribes that eat cockroaches, live or cooked. So long as the cockroaches are on a diet of food and vegetables, they should be safe to eat, although doctors still warn against the practice.

14. The Japanese cockroach can survive through winter.

As cold-blooded animals, cockroaches are not tolerant of the cold and those in temperate places are born just after winter and die before winter. The Japanese cockroach, though, is an exception. It can hibernate under the snow while still a nymph, able to withstand temperatures of up to eight degrees below zero. Even if it freezes, it can ‘unfreeze’ when temperatures drop and go on living as before. The Japanese cockroach is also the only cockroach known to walk on ice.

15. One species of cockroach can jump.

Think cockroaches are scary as they crawl across the floor? Here’s bad news. One newly discovered species of cockroach has the ability to jump which is why it is called a leaproach. The Saltoblattella montistabularis was described as a new species only in 2009, having been discovered on Table Mountain in South Africa. Like a grasshoppers, this cockroach, which is less than half an inch long, can jump from grass to grass. Hopefully, it won’t find its way to human homes anytime soon.